The MTO has announced that they will be extending the validation period for driver’s licenses, medical and vision testing, license plates, CVOR renewals and other products and services that may expire in the next few weeks.

You should still attempt to use the online renewal system if you qualify.

Service Ontario (which processes many of these renewals) also deals with health cards which are also having the same extensions.

There is no fixed timeline for these extensions, but the recommendation of Ontario’s Chief Medical Officer of Health will guide the ministry’s decision.

Time sensitive products such as single trip oversize/overweight permits and MVIS stock orders will still be made available during this time.

The notice did not mention what will be done with new applications, upgrades of licenses, etc.

For more information see the announcement.

Due to the COVID-19 pandemic the Government of Ontario has decided to close all non-essential services. This includes Service Ontario and Drive Test locations.

This will make renewal of driver’s licenses, license plates, etc. next to impossible for commercial vehicle drivers and operators. Medical exams will also be out of the question.

While there are options to renew online, they seem to be only for G and M class licenses. We’re not sure if you can renew registrations for commercial vehicles on line.

What if My License Expires?

As you can imagine, the skeleton staff are swamped at Service Ontario. So we are all waiting to hear what will happen if your driver’s license, medical or plates expire during this shutdown.

During a similar situation that occurred during the last civil service strike, licenses in good standing that expired during the shutdown were given an extension. We can only assume that something similar will be done during this shutdown.

But you should still attempt to renew using the online methods. And document your attempts.

If you choose to drive in this situation, we are hopeful that enforcement officers will be understanding and will not lay charges for expired licenses. However, they may do so. If you are charged, fighting the charge is important.

We will attempt to update this page when we get any information about how the Ministry intends to handle this.

In the meantime, drive safely and stay healthy.

A new version of the inspection schedules is available in Ontario. Both Schedule 1 and Schedule 2 have had a minor change in the Suspension category. This is to clarify that multiple broken spring leaves is a major defect if all are in the same spring assembly.

This change was made to reflect the wording of NSC 13. Other provinces may have these changes in their version of the schedules already.

Get the new versions here: 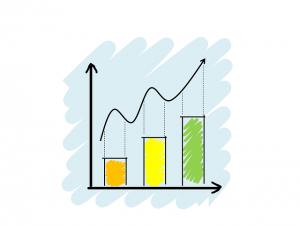 Mark it on your calendar. This is the date for the annual CVSA safety blitz. That means that MTO and OPP officers here in Ontario and their fellow officers around North America will be taking a more serious look at trucks and drivers for this weekend.

While Sylvie and I don’t have a problem with inspections or blitzes, we do take issue with statistics spinning. Especially me, as I have a strong affinity for math and I hate to see it abused.

Every year the CVSA focuses on one area in particular, even though full inspections are carried out. The focus during this year’s event will be Hours of Service.

What’s This About Statistics? (Time For A Wee Rant)

According to CVSA President Capt. Christopher Turner of the Kansas Highway Patrol, this year’s focus will be Hours of Service because “The top reason drivers were placed out-of-service (OOS) during 2017 International Roadcheck was for Hours of Service violations … Thirty-two percent of drivers who were placed out of service during last year’s three-day International Roadcheck were removed from our roadways due to violations related to hours-of-service regulations. It’s definitely an area we need to call attention to this year.” [emphasis is mine]

The problem that I have with this quote is that the 32% number seems to imply that almost 1/3 of all truckers are breaking the law!

So, let’s take a look at the numbers. According to the CVSA roadcheck results for 2017, there were 62,013 inspections done in the 72 hours – the bulk of them Level 1, but some Level 2 and Level 3. Of those inspections, 4.7% resulted in a driver placed OOS.

Is It Really Worse Than Ever?

It is still the most significant category of OOS for drivers, so the focus is justified in that respect, but the implications coming from spinning the percentages are out of line.

The bottom line is this: Don’t trust the statistics that get bandied about when these blitzes take place. They always spin them to make it seem like they’re out there fighting off the evil truckers.

I don’t mind them doing there job. In fact, I think they should do more to encourage compliance with the law and reward those drivers and companies that work hard to be within the rules. And they help to keep the public safe.

But don’t twist the statistics to make things appear in a way that they aren’t. 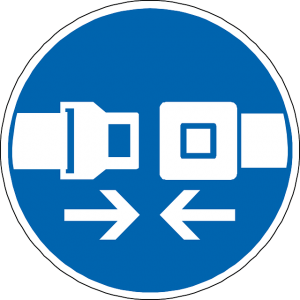 April. Spring is in the air… well maybe not so much this year here in Ontario!

But there are a few things that you can still count on for April. One of them is increased focus by law enforcement on seatbelt use.

So make sure you’re buckled up.

Be safe out there! 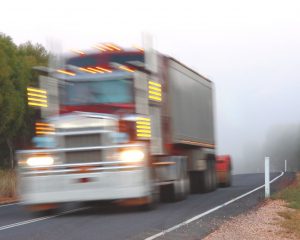 It’s coming up to that time of year again… Roadcheck is just over a month away.

The International Road Check will target vehicles for 3 days across North America. According to the CVSA, approximately 17 vehicles will be inspected per minute across the continent.

This year’s focus is on tires, although most inspections will be full level 1 inspections (i.e. everything).

Make sure that you have your vehicles ready and your paperwork too.

We’ve created a copy of Schedule 1 for pre-trip inspections that incorporates the changes that came into force on January 1, 2016.

The schedule is 2 pages that can be printed double sided so you have a single sheet to put in the truck. You can even laminate it to keep it in better shape.

The schedule includes codes that can be used to enter defects on your inspection report rather than having to write everything out.

There is a 3rd page that includes instructions and notes. 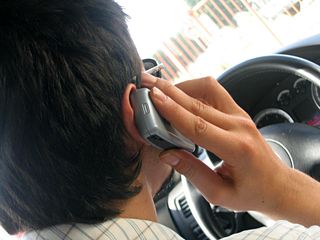 Don’t talk or text on your cell phone while driving!

Just a heads up… September 1, 2015 is the day that penalties increase for distracted driving (i.e. using your cell phone or other handheld electronics while driving) here in Ontario.

Keep in mind that the fines will be up and the offense now carries 3 demerit points against your license.

Not that these are the biggest reasons to avoid texting or talking on a hand held phone. Just because you manage to do it okay 99 times doesn’t mean it’s safe.

Be safe out there!

It’s that time of year again… the International Roadcheck safety blitz is on throughout North America.

For 3 days, officers throughout the continent will be focusing on CVSA Level 1 inspections anywhere and everywhere.

Make sure you’re ready when it’s your turn. 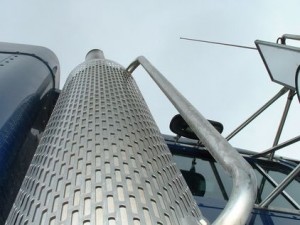 Changes to Pre Trip Inspection Regulation as of January 1, 2015

On January 1, 2015, without much fanfare, Ontario Regulation 199/07 was updated. This update tinkered with the rules for inspections to keep things inline with changes to the National Safety Code.

Most of the changes were to modify the wording related to buses. And some of the exemptions have changed slightly. However, changes were made to the daily pre trip inspection schedules which will have the biggest impact.

For those of you using Schedule 1, these changes are minor, but it is important that you are aware of them. You will need to get a copy of the schedule that is up to date until the schedules found inside the covers of log books and pre-trip books are updated.

Some of the changes just add clarity, others add new defects and one moves a defect from the minor class to the major (emergency brakes).

Changes to the Schedules

There are also modifications to Schedule 4, 5 and 6. If you need more detail on those changes, please contact us.

Prepare yourself for an MTO Facility Audit... and build a Due Diligence Defence with the Audit Preparation Information Package.